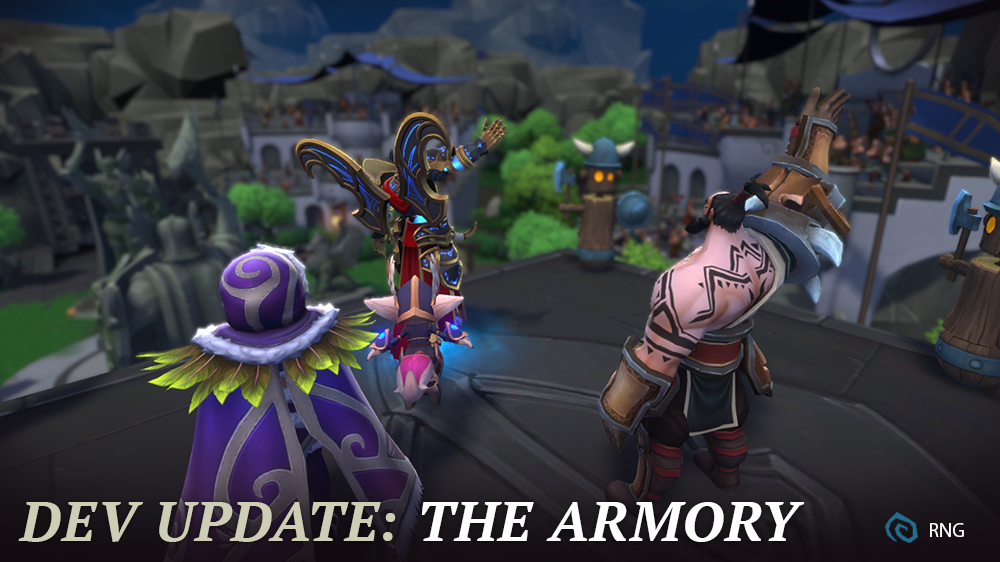 Now that everyone has had a chance to play around with the Armory firsthand and get their own opinions and impressions on the system, we wanted to share a bit more of the design process surrounding the Armory and where we’ll be taking the system in the future.

We’ve taken a look at how the Armory has performed so far in terms of the goal we set out for it: it’s intended to offer meaningful player choices and to break the uniformity between different rounds. We’ve also assessed some of the positives and negatives that have come about with the introduction of Armory.

Given this list, we’re confident in our ability to amp up the positives of Armory further and mitigate many of the negatives over the next few patches.

Here’s some data on Armory across the whole player base: 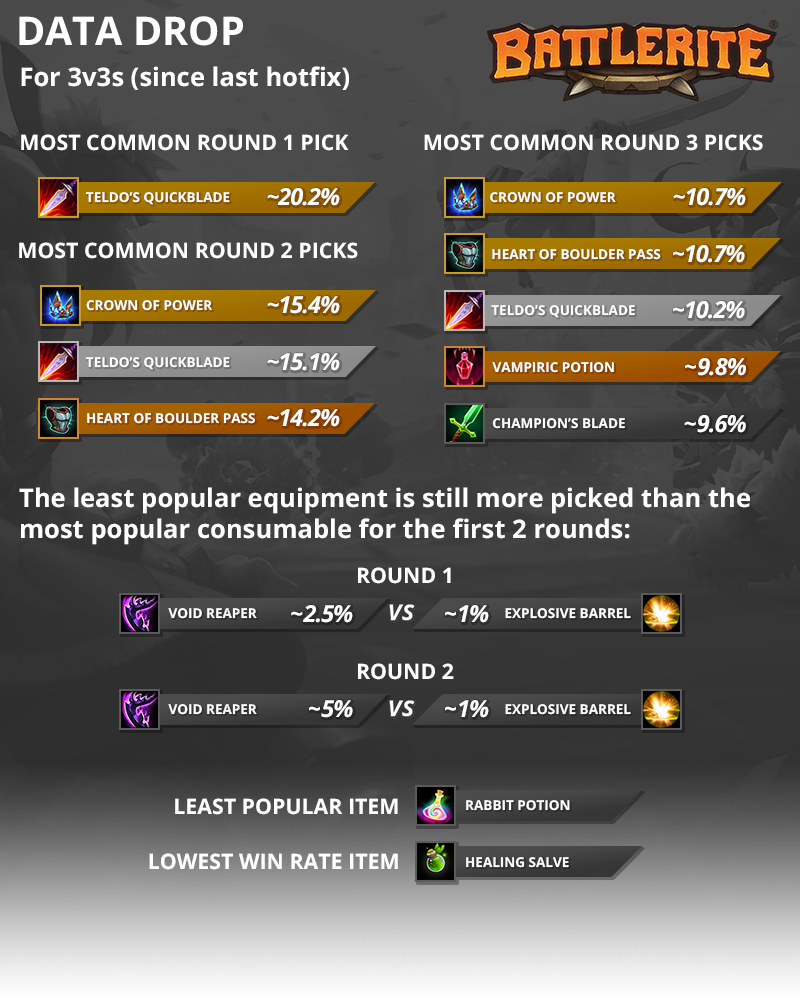 What we can tell from the data is that consumables don’t really come into full force until round three and on. Equipment is the clear winner in popularity, and while Teldo’s Quickblade is the most popular item overall, Crown of Power climbs atop its throne starting from round two.

Rabbit Potion is a niche item that we placed in the Armory as a safeguard against strong combos. Due to the fact that it’s only a single use and has a considerable downside with the forced rabbit transformation, it’s difficult to find the right time to activate for maximum effect. Popularity, in this case, doesn’t indicate any particular issue with the item.

Healing Salve offers out-of-combat sustain in the long run but has questionable value. While it grants a whopping 108 potential healing, it’s unlikely a player can make use of it entirely. We’ll be adjusting this one to make it a bit more usable in the near future.

Armory adds a safety valve against strange meta situations by ensuring that certain effects are available in all matchups if you’re able to recognize the value in taking the correct item, provided the right effects exist to counter those meta situations. Having a well-rounded set of items also allows us to go further with our Champion designs by bolstering baseline functionality for all Champions. We are committed to improving the teamplay, strategy, and outplay portions of Armory while trimming off elements that detract from the Arena experience.

We’re rolling out a patch next week with Armory changes focused on this direction. We hope this gives a bit more insight into the design process and where we’re taking some of the Arena changes!