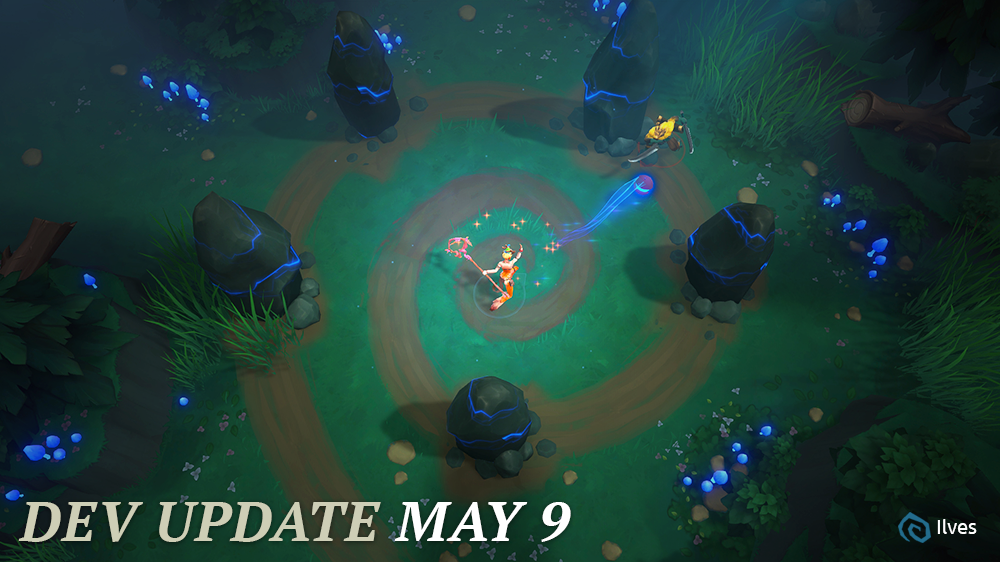 We hope you recovered from all the crazy Battlerite Pro League action last weekend and are ready for a Dev Update. Game Director, Peter Ilves, is here to give a brief look on the studios direction in 2018 and share some thoughts behind our upcoming and exciting game mode, Battlerite Royale.

First of all I want to thank you for all of the fantastic support. For some of you, this goes all the way back to the alpha testing of Battlerite. In the last couple of months we’ve steered the development of Battlerite into a new direction in order to secure a stable future for the game. One of our decisions this year has been to focus mainly on the PC market so that we can give players more frequent updates and to make the game a more polished and feature-complete experience.

Our PC investment also means we’re reaching out to new markets to grow Battlerite globally. Asia has been a target market for a long time and we are super excited to partner up with Nexon for a Korea launch and also with Tencent to have Battlerite released on the WeGame platform in China. Both launches are planned for this summer. Entering new regions creates new technical challenges, but we’ve already come a long way with the implementation and we can’t wait to make Battlerite a truly global game. This is an important step to build Battlerite as a brand and to make sure the game is here to stay. 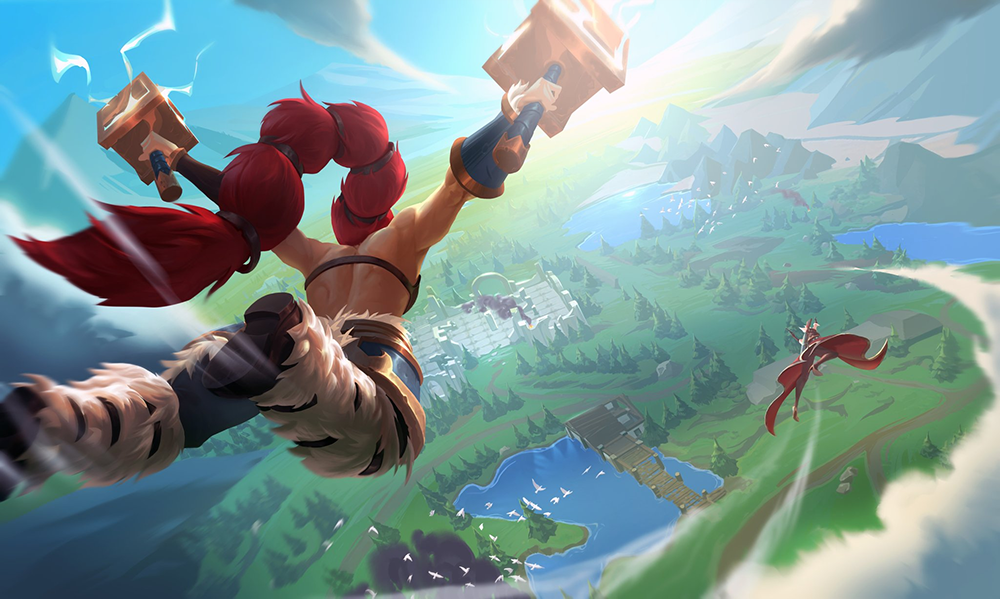 I’d like to go into the reasoning behind us deciding to create this game mode. As some of you may know, Stunlock has previous experience in working with free-for-all types of games. Before Battlerite we worked on the title, Dead Island: Epidemic, where three teams faced off in a free-for-all deathmatch for supplies and survival. The game did have quite a few resemblances to today’s royale games, even though it missed key elements such as elimination.

If you played the Battlerite Battlegrounds game mode, you might know that we’ve worked to fill a void in Battlerite with a mode that was less punishing and easier to dive into. With Battlegrounds, we explored more strategic gameplay options, which proved to be a great challenge with the intense pacing and high mechanical skill-ceiling that Battlerite offers.

Instead of continuing to experiment with team-strategy elements and objective-based gameplay, we looked closer at the core of Battlerite and the elements that makes it really stand out. We asked ourselves, how could we reuse these key-elements in other ways to create a different yet familiar Battlerite experience?

After considering this list, our previous experience with free-for-all gameplay and the current trends in the industry, it was a natural decision for us to explore a royale mode. 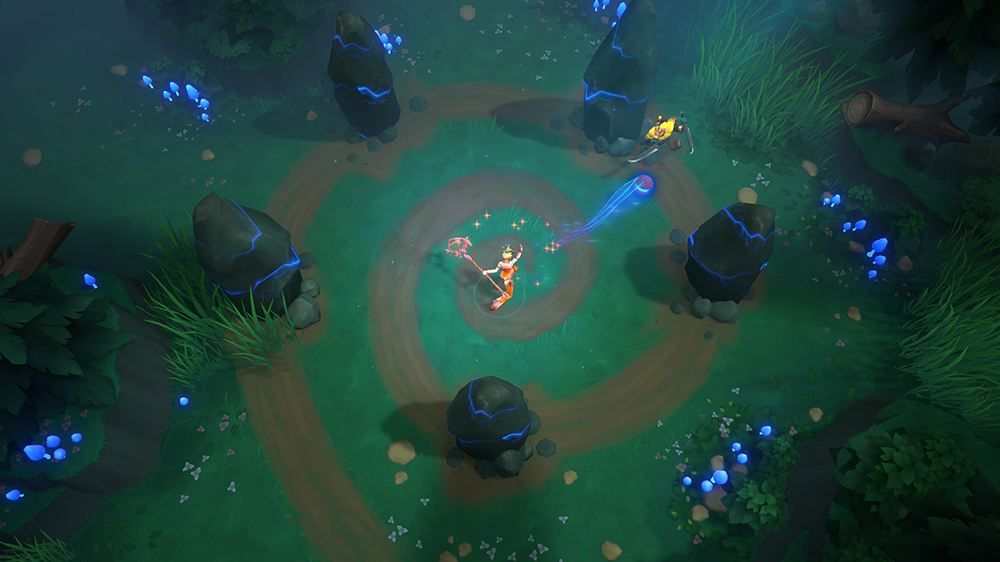 With 27 Champions out, we are quite satisfied with the current numbers of characters and moving forward we’ve decided to spend more time on balancing the game and putting more work into new ways of enjoying Battlerite. There will still be more champions and features coming this year, but at the moment we’re investing in trying new gameplay experiences, and as such we’re happy to present some details about our upcoming game mode, Battlerite Royale.

Battlerite Royale is our own take on a free-for-all elimination mode and is played with 20 players in solo or duo on one big map. In a way, Battlerite already offered a number of the core elements of a Battle Royale game mode, such as elimination and the “Death Vortex”. Scaling up this experience was something that came quite natural. We wanted to stay true to Battlerite’s action-packed gameplay while giving our players a fresh experience beyond the arena, with the added perk of exploration.

Players start the game with their champions stripped of their abilities and must then explore the map in order to find abilities, equipment, and a variety of fun and exciting consumables. The rules are simple; fight other players to steal their loot, power up, and, ultimately, be the last one standing. Matches last for approximately 10 minutes.

The island, in its current state, is 30 times bigger than Sky Ring and contains a wide variety of locations to explore such as a villages, lush forests, dark tombs, and temple ruins. You can also expect to come across interactable map objects that can aid you in battle as you explore different parts of the island! 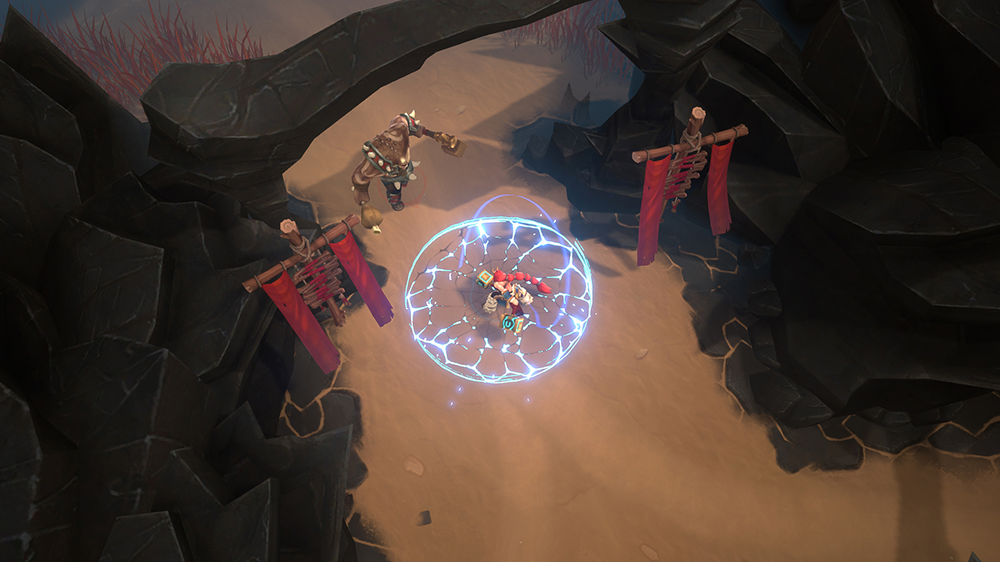 The Battle Royale mode started as a 6-player free-for-all elimination brawl prototype and worked pretty well, even in an early stage. The team saw potential and decided to try push it to 10 players on a bigger scale map, even though this was a big technical challenge as the game was originally developed and optimized for 6 players. After some blood, sweat, and tears we made it work with 10 players and the experience was instantly improved. The team still felt we could go bigger, so we started to work on a 20 player prototype and that leaves us where we are today. 20 players feels like the sweet spot for our kind of gameplay and still keeps the essence of Battlerite while bringing something new to the table.

We now believe we found a great combination of Battlerite’s competitive gameplay and a bigger scale battlefield. At the same time, we are bringing something unique to the Battle Royale genre and provide all top-down gamers a market alternative. There is currently no release date set, but we’re aiming for July 2018 for the Steam launch. 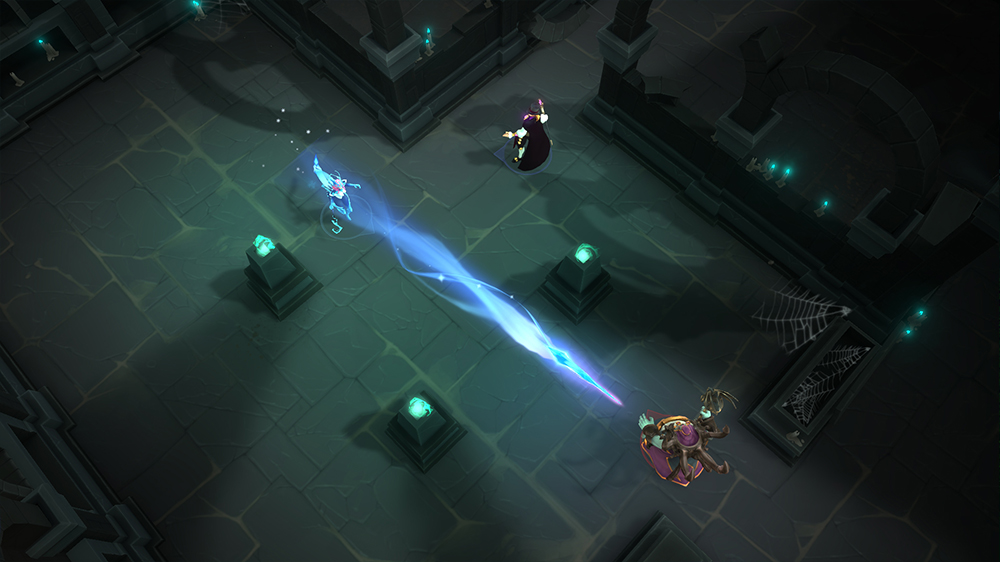 Arena will remain our main game mode. We decided early on to ensure that alternative modes do not limit us when balancing champions or adding new ones to our roster. Battlerite Royale is using the same ability settings as Arena, but there are systems in place that allows us to balance champions somewhat differently without interfering with Arena, if needed.

There will surely be some champions that by nature are stronger in Royale, though one of the strengths with our Champions is that they are all very versatile and are therefore capable of becoming the next Champion Royale!

Stay tuned for more information about Battlerite Royale as summer approaches, and thank you for reading!