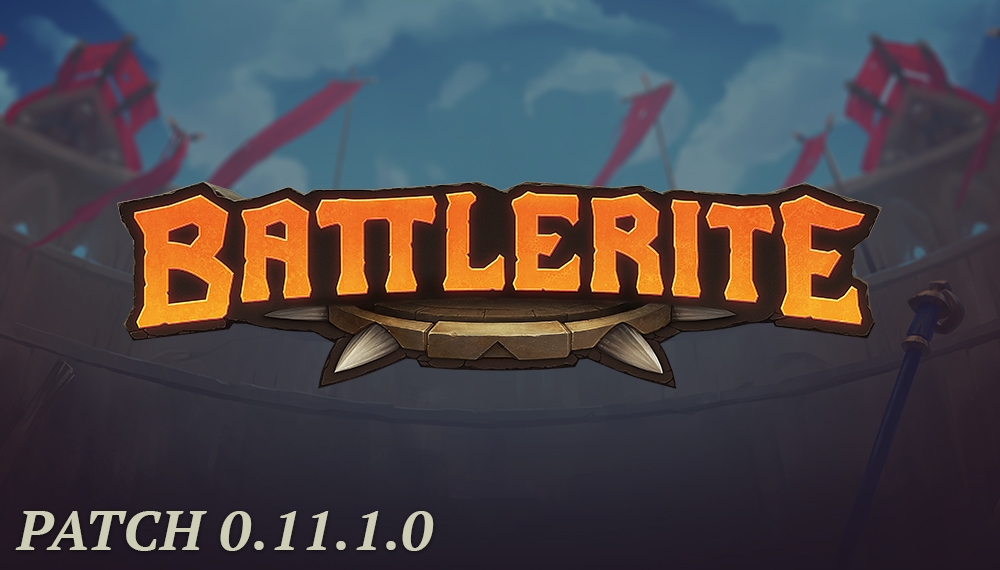 You can view a teaser and an explanation of the upcoming M1 changes here.

The M1 gameplay changes originally planned for this patch have been delayed by a minimum of two weeks due to a critical team member being out of commission for nearly a month.

As a highly-valued Battlerite player, we wanted to make sure you were notified as soon as possible. We realise these are very anticipated changes, so we have decided to showcase a small teaser of the changes in Monday’s dev blog.

We sincerely apologize for the inconvenience. These gameplay changes are our highest priority right now and our dedicated team is working hard on improving your Battlerite experience. 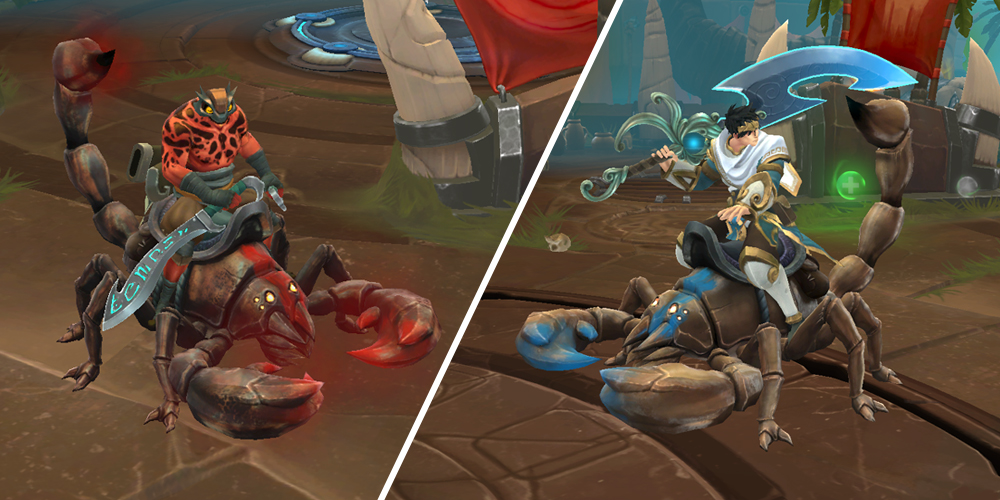 The Emperor Scorpion (left) will be available to winners of various tournaments. The Deathstalker Scorpion (right) can be obtained via giveaways.

Jade’s defensive EX has been missing something to compliment her playstyle properly. This change should make it fit in a bit better in her kit while also making her feel a little more slippery again.

Raigon has had some trouble dealing damage and could sometimes feel a bit immobile. A damage boost to Heavenly Strike and his sword attack being faster during Retribution should alleviate this a bit. Some tweaks to his Battlerites will make some of his lesser picked choices feel more tempting.

When Rook smashes, he smashes hard! Frenzy is one of his most powerful and popular Battlerites, and also affects many of the other popular choices. Tuning it back a bit will allow for other choices to shine throughout his Battlerite tree. In addition reducing the additional damage from Crumble should temper his violent outbursts a bit.

Shifu has been hard to catch. Decreasing his immaterial duration after Kunju will allow for more windows to strike at him. He will also need to be more mindful of when to and when to not strike after Kunju.

Sirius’ Prismatic Strike has occasionally felt a bit… off. These changes should make it feel more reliable and fair.