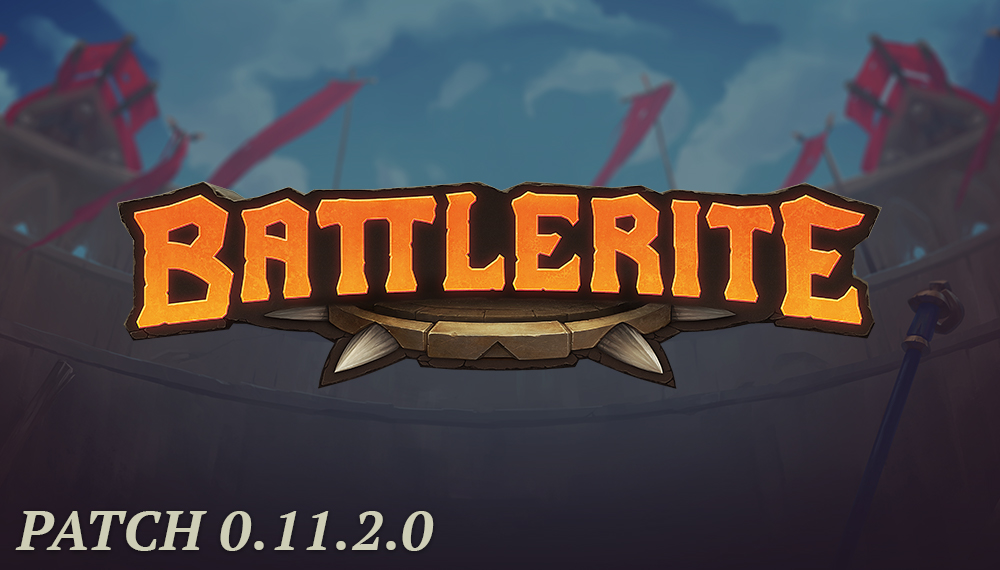 This patch is very all-encompassing. With every champion getting increased movement speed and tweaks to keep up with the new pace, as well as a few champions getting major changes both to their primary attacks and Battlerite trees, the complete effects of this patch are unknown even to us. We hope that you find as much joy as we do in exploring this new patch and figuring out the new meta!

Some of the major changes include, as you all know, the M1 (short for Mouse Button 1) changes to several champions. These changes will make battles in the game even more interesting by giving players more opportunities to dodge and outmaneuver their opponents. Some ranged M1s will be more changed than others, to preserve identity and diversity but each one has still received tweaks.

Adjustments have been made to the ranges of most M1s; they are now shorter for a couple of reasons. Shorter ranges will make for closer bouts, centering the fights more and helping melee champions close the gap against ranged champions aiming to poke at max range with the newer, deadlier M1s. Decreasing the ranges of ranged M1s also gives a lot of projectile based abilities, like Seeker’s Arrow and Hand of Judgement, a stronger and more interesting position in a champions kit since they provide the extra range needed to spice up a M1 duel type situation

Other than that, we’ve looked at several of the game’s hard CC abilities, increasing cast times to make it a little easier to react to them. Due to the movement speed increase, many area abilities have been changed with larger size or less delay before the attack hits.

Along with this, there are many, many small balance changes. Some of these are to handle the new situations that arise from the game’s quicker pace and more lethal ranged M1s. Another balance issue we’ve looked at is the center orb – beginning with this patch, the orb’s health has been increased to 60 (previously 50). Because of this, some of the combos used by champions to steal or quickly destroy the orb will have to be reconsidered. This is intentional, but some changes have been made to make grabbing the orb still feel natural.

Ashka has received a lot of changes aimed at increasing interactions, improving counterplay and provide more useful rite options. His Fire Storm has received some light buffs to stay viable compared to mobile projectile options but the knockback of Firestorm bolts was reduced to give enemies more time to dodge the projectiles that follow. Molten Chains has recieved a longer cast time to give players a window to react and counter. Some of the less useful rites have been replaced with more useful options and the strongest rites have been nerfed. Blaze haste duration has been reduced and Conflagration has less impact as the attack speed on Fireball has been lowered.

Raised movement speed has a big impact on speed buffs and is very powerful for champions in stealth. But it also reduces the value of movement abilities and burst champions who rely on that kind of mobility advantage. To deal with this we have reduced the movement speed increase on Camouflage and Deceit and strengthened Frog Leap and Noxious Lunge. Croak has also received minor damage increases to improve center orb control.

Cut to the Chase

Ezmo still retains the core of his close range burst potential, but with his individual Arcane Fire projectiles more distinct and powerful. Most of his changes have been made to compensate for the lower amount of projectiles, with the minimum damage on Chaos Grip being increased to keep up with the center orb changes.

Iva has seen changes to Boomstick to keep her in line with other champions with ranged M1s. Fewer attacks with a higher rate of fire and a reduced mobility during casting allows for more dodging and a more interesting poking game.

Jade’s Revolver Shot has been changed to allow for a better place in ranged duels, while at the same time preserving her gunslinger feel and playstyle.

Jumong’s playstyle around his Hunting Arrow has basically been enhanced with the new changes, while Steady Shot has seen a damage increase to compensate as standing still is now more dangerous than before and to retain its viability in comparison to Hunting Arrow.

Oldur’s abilities have received various changes to keep up with the new pace and Stone Glass has received a longer cast time to give enemies a window to react and counter.

Pestilus has not been doing very well in high ranked games as his lack of mobility and self healing makes him a squishy target. To help him out he has received a bit of extra mobility while casting Moth. Similarly the speed and range of Infest was buffed and it can now travel through walls.

Poloma’s Soul Bolt has changed less than some of the other ranged M1s to retain her feel and identity, but has still seen a slight change to the rhythm of her attacks.

Shifu has received some minor changes to his core kit to help him keep up with faster moving targets but will also be more vulnerable with a reduced Fleetfoot duration and reduced healing from rites. His most powerful rites have been toned down while the less powerful options were strengthened or replaced, which will allow for more interesting choices throughout his Battlerite tree.

Varesh has seen some pretty big changes overall. Hand of Corruption now has a very different feel to it as Varesh’s movement has clear stops and starts while using it. The powerful Hand of Judgement has been toned down a bit but received a more distinct flow instead. One of the weaknesses of Wuju used to be that it would often put Varesh in a worse position rather than a better one, while this change will force players to pay close attention to how it’s used. A rite is now available if you wish to use Hand of Judgement in a similar way as before but will instead require careful aim . In addition we have toned down some of his more powerful rites to allow for more balanced choices.