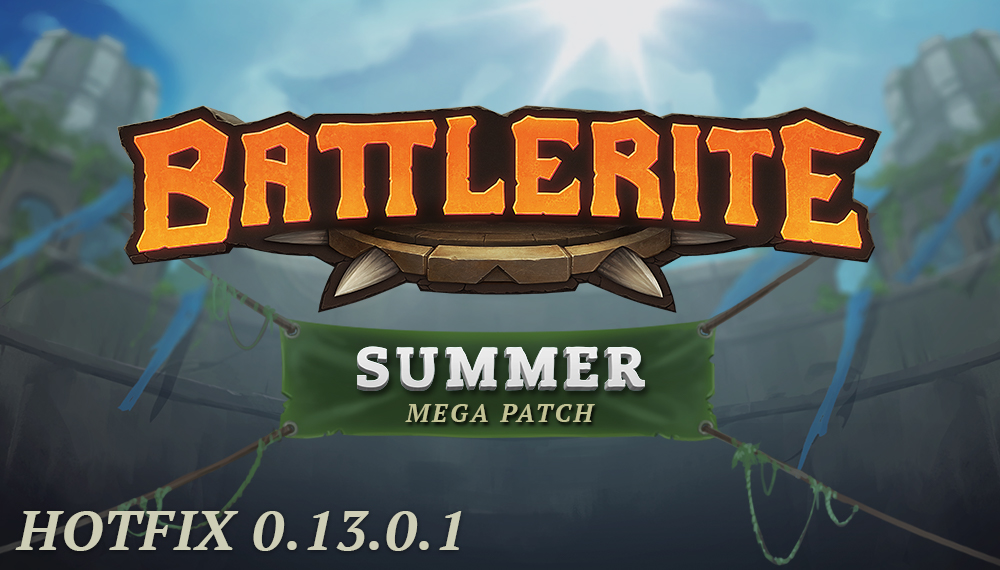 The full patch notes for the Summer Mega Patch can be found here: https://blog.battlerite.com/0-13-0-0/

We deployed some fixes yesterday, around 3 hours after the patch went live. These fixes took care of:

As always with a new Champion we’re keeping a close eye on balance and how the Champion plays. As Blossom is intended to be a beginner friendly champion we wanted her abilities to be responsive and direct which resulted in almost all abilities having low or close to zero cast times. One of the issues with this approach however is that it offers less counterplay as it’s harder to react or foresee her next move. To better balance this we decided to increase the cast time of Boom Bloom and make the cast more apparent to better distinguish it from her primary attack and other abilities.

This should add a bit more counterplay and moments for opponents to react to her casting, while also allowing Blossom to fake cast and bait cooldowns.

Another smaller tweak was made to her R ability, allowing melee attacks to go through as it offered very little counterplay with the combined knockback, projectile reflect and melee immunity. This should allow players to interrupt it with certain dashes and leap/melee attacks.