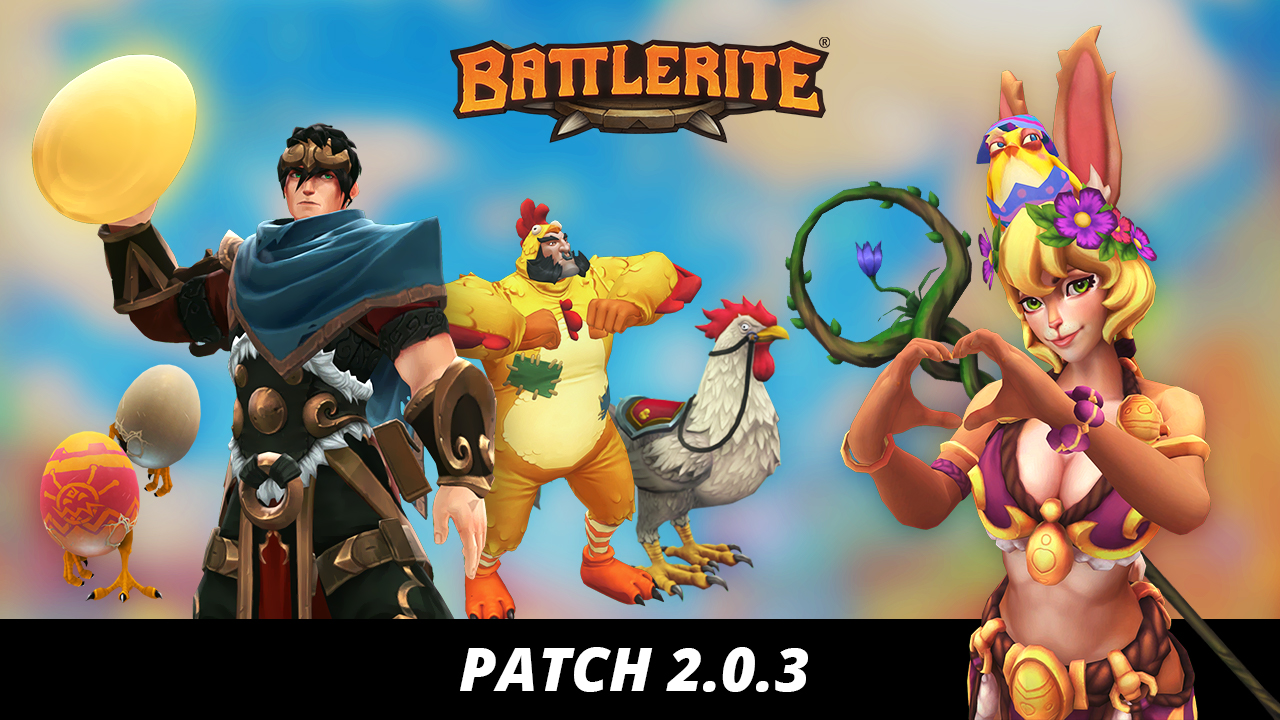 Battlerite Arena Patch 2.0.3 will contain the traditional Spring event, the return of the Egg Brawl, and new cosmetics. This patch is scheduled it go live on Wednesday, April 17th at 8:00 AM UTC. Downtime is scheduled to last one hour.

The seasons are turning and the snow is melting – it’s Spring in Battlerite! 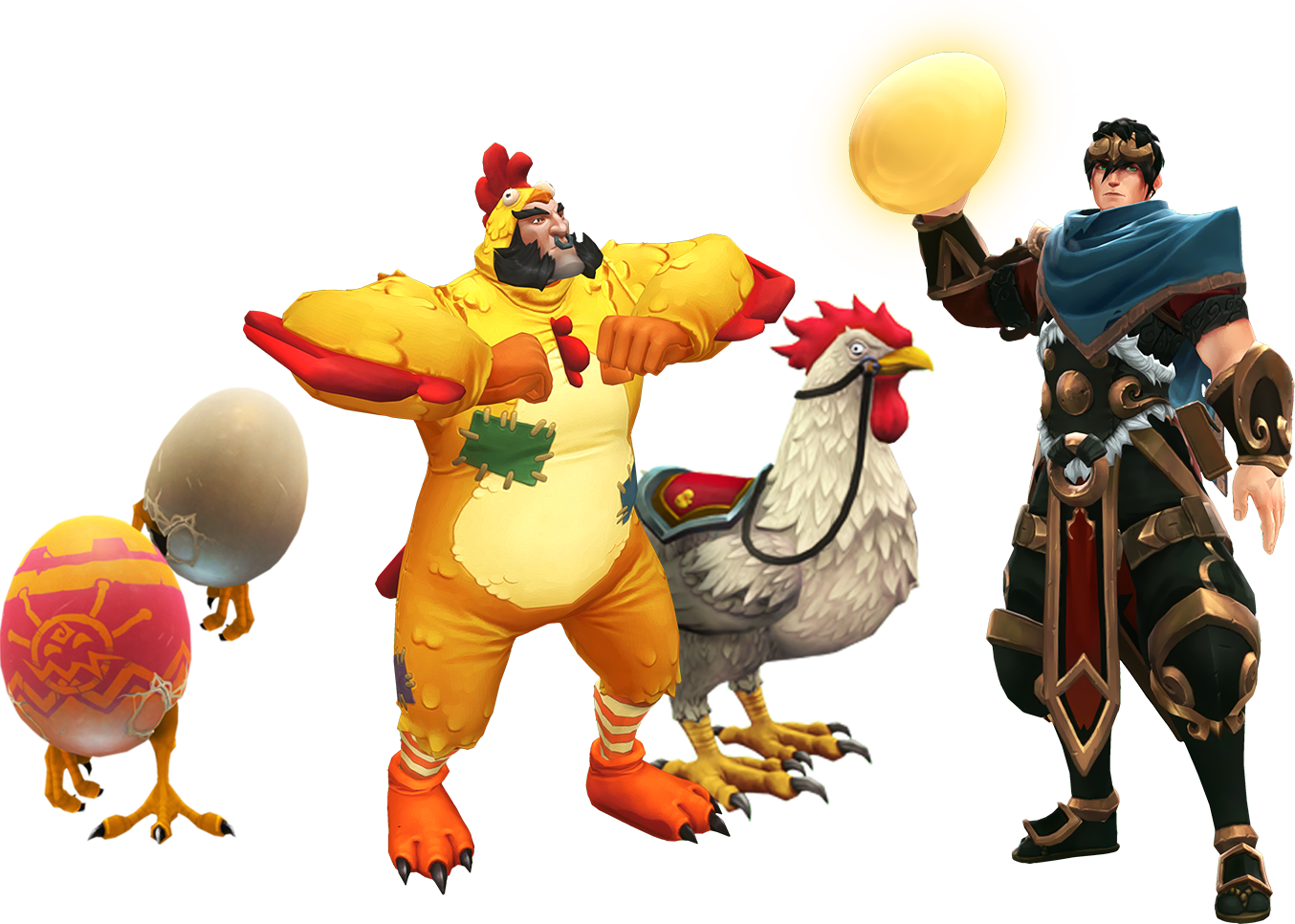 Magical Eggs have been hidden within the Arena, find them with your teammates and throw them at your enemies – the infamous Egg Brawl is back! This year Bakko has a challenger in Raigon – try out both and jump into the egg-slinging fun, discovering what all of the colored eggs do. The old Battlerite system (choosing one per round) has returned for this mode. For those who were here last year, a couple of changes have been made to update the brawl:

If you’re eggcited to get clucking during Spring, the Chicken Emote is here for you! For a limited time the Chicken Emote is purchasable for 1400 Gems, unlocked on all Champions and complete with sound effects and music, so that you can out-dance and out-swag all your opponents. This bundle is available only until May 1st.

And More on the Horizon…

A mysterious new bunny appears, available for a limited time at the low price of 750 Gems. This bundle will be revealed (and available) April 24th, and be purchasable until May 1st – but you might have a clue at who’s hopping in next!