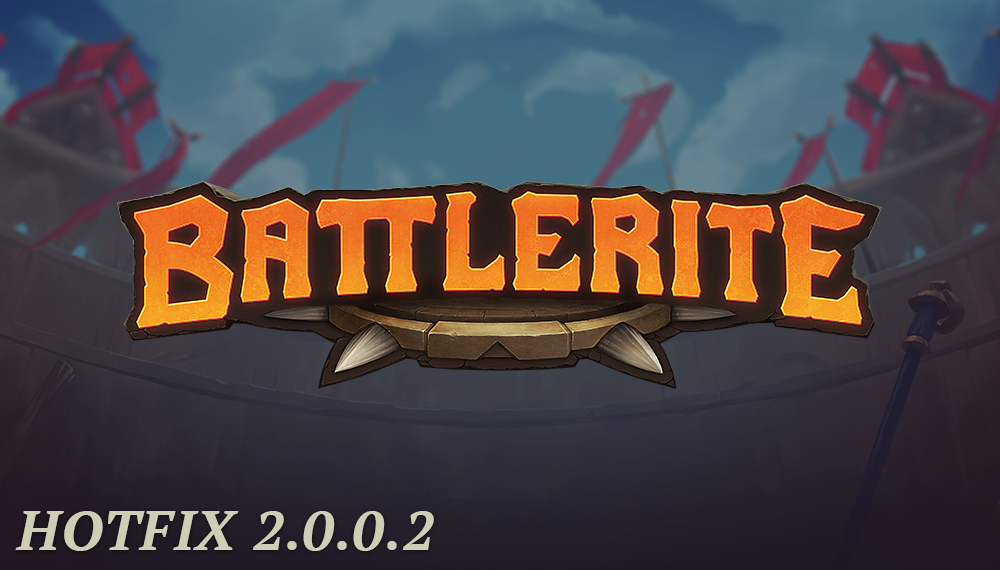 This hotfix was rolled out on Thursday, February 21st, and addresses some additional bugs and imbalances that came with the February 19th 2.0 patch.

Armory was designed with player choice in mind. To that end, it has expanded the strategic options available each round in a way that the old Rite system never did. We’ve made a few adjustments to the power level of items based on consensus in player feedback and internal discussion. Additionally, we’ve scaled back the impact of chaotic consumables. Impactful and splashy consumables are a positive design for the Armory, except when it comes at the cost of player control and readability of the game state. Armory as a whole serves its intended purpose, and we are willing to revise individual items as needed to ensure it’s serving its design goal. Additionally, we’ve fixed an issue where armory item selection was revealed; it’s now hidden information for all rounds rather than only being hidden during the first round.

We’ve collected first impressions of map objects in Arena and have made decisions for both Explosive Barrels and Jump Pads.

Explosive Barrels: These map objects add a positive zone-control dynamic but are a bit too ever-present and threatening for too long. As such, we’ve chosen to reduce the impact and chaos introduced by barrels. We’ve reduced their impact radius, the lingering fire effect, and moved them away from more pivotal parts of the map.

Jump Pads: These map objects create situations where players make last-second escapes and also reposition. They reward map control and awareness of when they go active. The counterplay dynamic is working as intended: if you dive in with the jump and hit, your team can followup. If you dive in and miss, you’ll be greatly punished. As such, we’ve opted to go for more of a quality-of-life fix for Jump Pads that targets fairness. We’ve re-scaled the impact radius but given the user an aim preview to improve fairness on both ends of the jump pad.

No changes are being made to Overload at this time. We’ve heard a diverse range of opinions and feedback regarding the topic, and in many ways Overload is meeting our expectations of how it would play and beyond. A possible issue we’re keeping close tabs on is that Overload is weaker on some champions than others, and generally weaker on support champions or champions that have to stand still to use their primary damage abilities.

Time-to-Kill is a key value to the flow of Battlerite and has fluctuated due to many of the changes added to the Big Patch™. During internal testing, games were becoming longer due to the speed changes and the overall defensive slant of the Armory. However, this did not entirely translate over to the live environment. As a result, we’re increasing health of all champions. Additionally, champions mistakenly had a bit of slidey-ness after being immobilized due to a change in how the game engine handles friction. Champions should now come to a full stop sooner after being immobilized.

To continue fine-tuning hit rate after the large adjustments made in the recent patch, many Champions are receiving slight tweaks targeting projectile speeds, haste multipliers and heal radii.