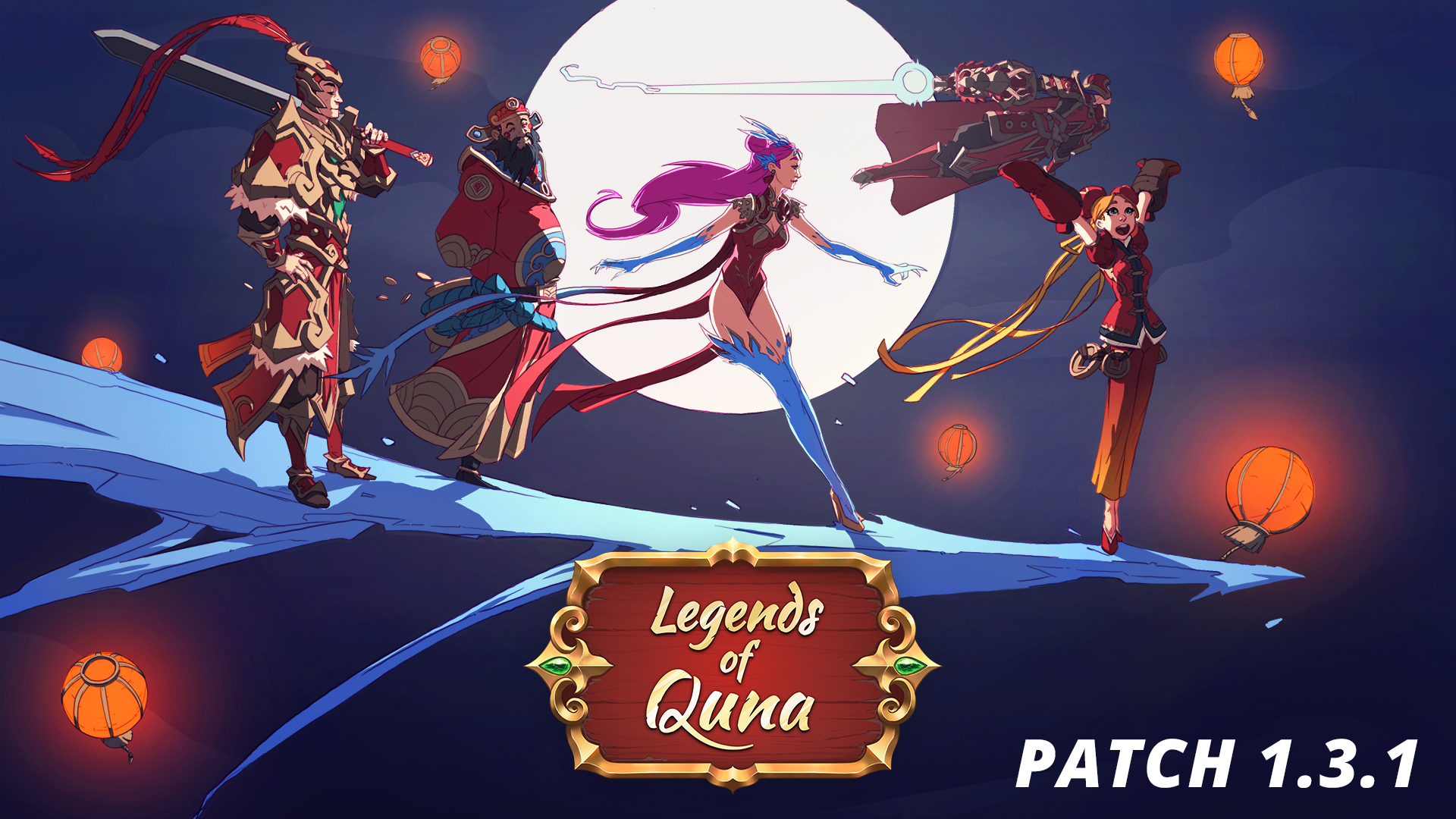 Ancient stories come to life during Legends of Quna, where heroes (and villains) of myth return to the Arena with fireworks and festival! We are scheduled to Patch tomorrow, February 13th, at 8:00 UTC with a scheduled downtime of three hours. Follow us on social media to stay updated on progress.  Watch the Legends of Quna Trailer here! 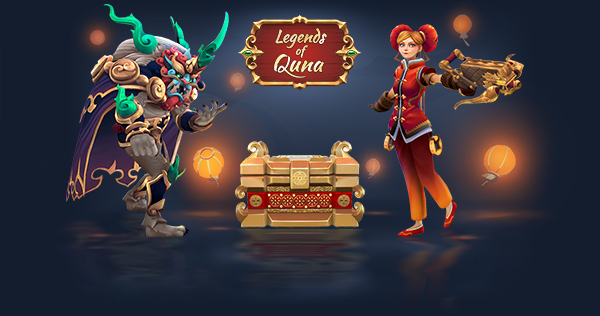 During Legends of Quna you can earn Lunar Chests by leveling up your account or purchasing them directly in the shop for 400 Battle Coins. These Chests guarantee at least one Rare drop and one random Lunar New Year Item. If you want a guaranteed Epic or Legendary Lunar New Year Item, the Dragon Chest can be purchased with Gems. Individually they cost 250 Gems, but you can purchase five for 1,250 Gems and get one additional Dragon Chest for free, or you can purchase twenty Dragon chests for 5,000 Gems and get seven additional Dragon Chests for free! 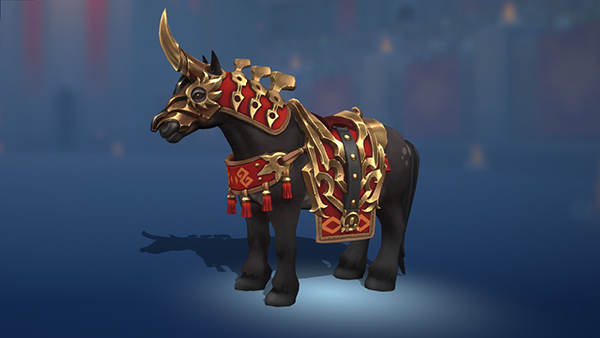 Earn a Dragon Chest in game by winning 10 Casual, League, or Duel Matches! Epic Mounts are waiting to be claimed during Legends of Quna, with the quests to claim them becoming available during specific times of the event. Make sure to claim all three mounts before the quest expires!

Enjoy the start of Legends of Quna with a Double Account XP event! From February 13 to 16, earn double the usual Account XP when you play a game in Casual, League, or Duel. This event will stack with any boosters you currently have active or will activate. Get your hands on twice the Lunar Chests you normally would in this short event!

As we know the community is asking for more information about the coming Season Patch, we will be compiling a Dev Update that will be released within the next week and a half that will give more detail on things also coming with the March Season Patch, including Leaderboards and the Pre-Game Lobby for League. 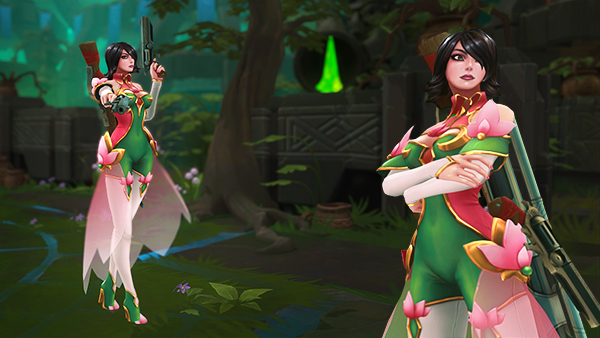 Many champions are receiving improvements to their rite options to strengthen the identity and purpose of certain rites and as part of a larger plan to increase strategic options across the board.

While the previous buffs enhanced Alysia’s viability, her winrate across all skill levels has still been lacking. With new improvements to her Arctic Wind, Alysia will have an easier time escaping melee pressure. Additionally, minor increases to both her Chill and Freeze will increase her unique setup tools and strengthen her niche in various team compositions.

Bakko lost some of the more powerful and guaranteed damage setups he had in our last update as we moved Wall Slam into his core and adjusted its numbers. We’re bringing back some of that power to his rites, along with strengthening tools he uses in neutral game.

Croak’s Camouflage combo rites (Frog Strike, Frog Slice) were interesting in theory, but proved too costly to use over more consistent options. Croak receives several new rites to give him safer ways to engage the enemy team when they are playing defensively. Croak’s stealth has been tweaked to have reduced duration, requiring improved timing to maximize value out of stealth rather than just threatening enemies for a long period of time. To compensate, the new Slippery Skin and Time to Strike rites offer additional power to those who seek to use Camouflage offensively.

Destiny’s Pinball is a fun, exciting ability when you line up the angle just right. However, it could feel awful to be hit after 2 or 3 bounces for the full 40 damage. Pinball now uses a different formula for damage reduction, reducing its power after many wallhits while retaining its playmaker potential when ricocheting from a wall. We’ve also distributed around some of the power in her rites.

Rain of Arrows was nearly impossible to dodge between Jumong’s recast, the short delay time, and the large area with the Arrow Storm rite. The delay is now slightly increased, and the area bonus from Arrow Storm has been reduced to give additional counterplay. Trapper also sees an adjustment to tone down Jumong’s powerful zoning a bit more.

Taya’s rite offerings were previously lackluster, with many situational rites and few rites overall. We are putting some wind behind her back with the new Throwing Technique and Turbulence battlerites so she can have new angles of attack.

While the changes to Varesh’s silence chains are healthy for the game overall, Varesh is in a worse spot balance-wise especially at lower levels of play. Varesh receives buffs to a wide range of his rites, that are focusing more on a Corruption oriented playstyle rather than Judgement.

While we think that players will adjust to Zander’s enigmatic playstyle more over time, we’ve made a handful of quality of life improvements to give him a hand.